Dennis' specialty is MUSIC. Since August of 2013, Dennis has written a new piece of music or worked on one in progress every single DAY. The past two years have been among his most prolific ever. Many of his new compositions are online and can be enjoyed at Noteflight.com

Dennis is also posting them frequently at his facebook location, Dennis Lillie. Be sure to check there for updates and the newest scores. In the twenty five years Mom has been married to him she has never seen a burst of music such as has come out of Dennis' pen in the past twelve months. Dad is indeed a musical phenomenon. 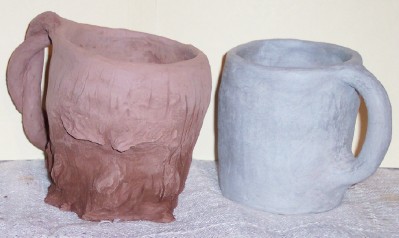 January 2010 saw these two taking shape.
Another in the "Plum Jelly" glaze set and this new style. 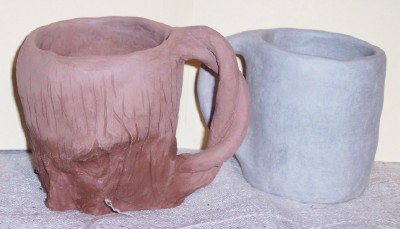 The grey one will fire to white and be painted with the 'Plum Jelly" glaze.

The red one will fire to an orange-red color, and be glazed in natural colors to bring out the Green Man on the side of the cup. 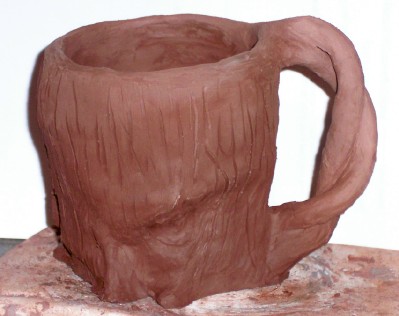 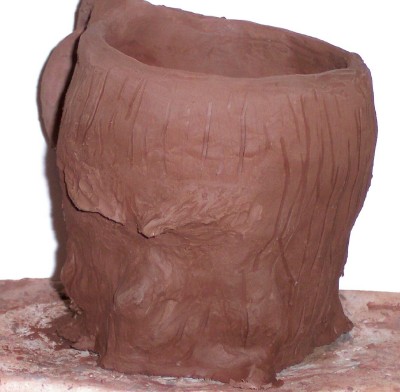 Close-ups of the tree stump with the Green Man and knothole.

About Dad and The Shire

Dad is an accomplished Musician (semi-retired from touring as a rock & roll keyboard artist), an Artist, an Amateur Astronomer, a Reader of Stories, a Licensed Airplane Pilot...An appropriate head of family at The M.A.D. House Artists with his eclectic interests. IN 2005 we asked what he wanted for Christmas, and now he has an electric guitar. Here they are, Dad and the Stratocaster, in the Studio : (Dad won the Bear in a contest.) 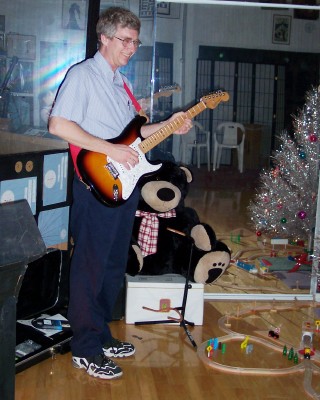 Apparently Dad can play any instrument he picks up. When Mink was studying the violin, Dad learned to play it, too. As far as that goes, when Mink was being carried before she was born, Dad played on the recorder"Der Winter Ist Vergangen" to the baby through Mom's stomach for six months. Dad has learned flute over the past few years, and he retired as a Rock-and-Roll Keyboard Player about twenty years ago, before he became a Postal Clerk. In the Bands he had picked up guitar technique and synthesizer... a bundle of talent. Not to mention the two Black Belts in Karate. Dad broke so many bones in the process of earning his Belts, that our son suggested a Sit-Com entitled "Karate Dad" which would take place exclusively in the Emergency Room of an Hospital. Once Dad even got up in a meeting of Postal Workers and announced that what he REALLY wanted to be was Wiley Post. Last year it was Eric Clapton. Yesterday Doc Watson...

It was Dad who said, "All we need now is a couple of Llamas!" 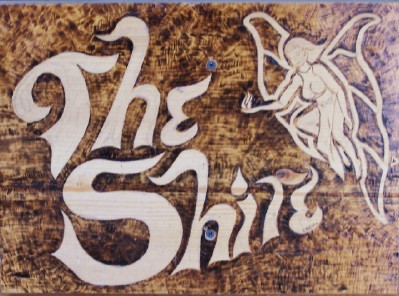 The Shire is Dad's precinct. On Sunday afternoons at 3:00 we gather to hear him read. Handsome T-Shirts with Mom's original art are available on the Shire Fairy T-Shirt page. Some years ago Dad read all of the Tolkien titles to each of the children (in sequence) and Mom suggested that it would be a shame if he didn't share the talent with other people. The variety of voices and the great book selections make The Shire a wonderful afternoon with Dad. (Eat your heart out, Jim Dale!) The time and day may change shortly because of Dad's work schedule at the Post Office. He is moving to a night position from a day position.

Recently Dad hauled out his collection of Collage Art and will be offering prints of those on Greeting Cards and Post Cards in the not-too-distant future. This is what one does when one is stuck in motels during prolonged musical gigs, if one is not involved in the other two aspects of rock and roll... 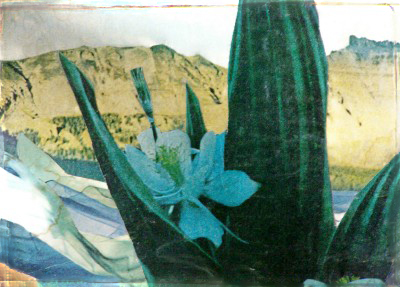 Flower of the desert 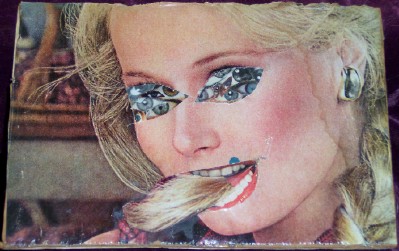 Hair's Looking At You 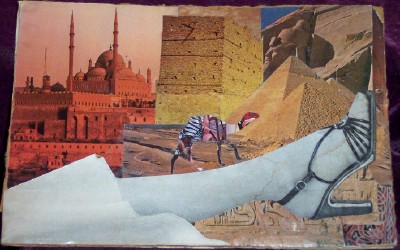 Walk a Mile with a Camel 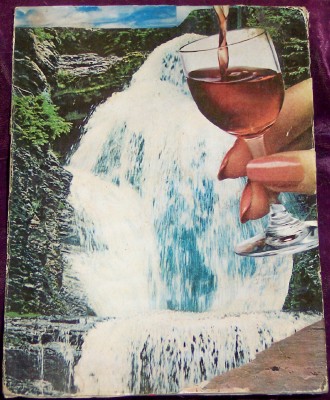 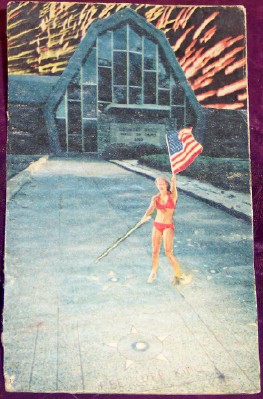 Dennis was born in Louisville, Kentucky in August of, well..., during the baby boom. After high school he attended Moorhead State University for a Bachelor of University Studies. (Even then his interests were so eclectic they couldn't decide in exactly what he had majored.) The general consensus was that Dennis had minored in Music, though, and during his years at college he managed to compose a number of pieces, including incidental music for Dark Of The Moon.

After college Dennis toured with show bands and performed throughout the southeastern United States as a keyboard player, developing his fabulous skill at improvisation and giving vent to his exhibitionist tendencies. (You should see the costume...) Dad is a natural showman, he comes alive before an audience. His readings of the books are just delightful as he gives life to each character. Be sure to join us on a Sunday afternoon for his live readings from various books. Dad particularly enjoys Edgar Allen Poe, and reads a lot during October...

This is a rare pastel work: 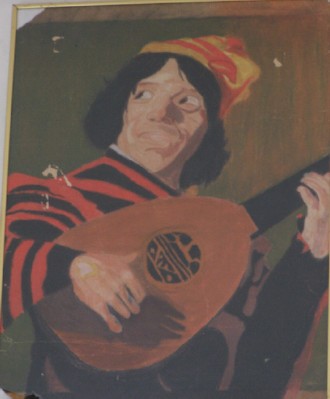